Madagascar is the fourth largest island in the world, situated off the southeast coast of Africa, with a population of 26.2 million.

Its capital is Antananarivo, which is the largest city in Madagascar.

Traditionally, the Malagasy economy has been based on the cultivation of paddy rice, coffee, vanilla and cloves. But despite a wealth of natural resources and a tourism industry driven by its unique environment, the country remains one of the world's poorest, with heavy dependence on foreign aid.

Madagascar is known for its mineral wealth which allowed the development of both small mine sectors (artisanal) and large mine sectors. The mining industry of Madagascar is centred mainly around remote locations with large mineral deposits. Mining potential is noted in industrial and metallic minerals, energy, precious and semi-precious stones, as well as in ornamental stones. 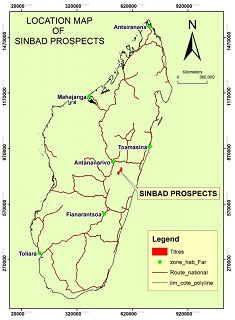 The Sinbad graphite project in Madagascar is located near the Ambohijanaka village of Andramasina Region. The project is located 100 km South East of the capital city of Antananarivo. 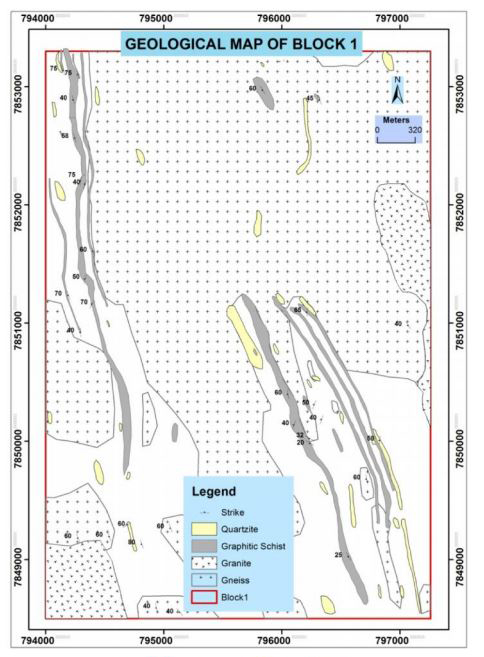 In July - August 2017, Geological Mapping was carried out by experienced geologists over the traverse lines spaced at an interval of 100m and has recorded Lithological, Structural and Mineralisation data with the help of GPS and Brunton Compass. Geological mapping has indicated occurrence of different lithological units like Gneiss, Garnet, Ferruginous Schist, Migmatites, Pegmatites, Quartzite, Graphitic Schist, Garnetiferous schist and Bauxite.

Block 1 is having prominent graphitic schist bands with considerable strike 5 km long along North South direction and 3.3 km wide along East west Direction. Due to weathering, all the minerals except quartz have been altered, which has made it difficult to study it macroscopically. The general strike direction is varying from 340o to 360o and dipping towards west with exceptional cases of formation showing east west strike direction and dipping towards south.

Graphite Mineralization is found in different forms like disseminated flakes, amorphous and lamellae type. Disseminated graphite flakes are commonly found within schist and gneisses spread over several meters, whereas amorphous type graphite is found along some veins with a thickness varying from few centimeters to tens of centimeters, lamellae type graphite mineralization is found associated with pegmatite intrusions. Within amorphous graphite zone, long acicular graphite grains of 15mm was found occasionally.

In Block 1 the old mines have been excavated during 1912 to 1952 by French Miners. Gneiss and associated formations including graphitic schist is found highly weathered and converted to saprolite zone.

Detailed investigation of old mine site have also indicated the presence of multiple bands of graphitic schist due to folding, at places graphitic bands show dipping more towards the east, as against to the general dip direction along the west. Near the Ankonabe village, several small old mines have been identified. This area is found to be of prime graphite mining operations during ancient times. Graphite dumps have been identified all along Band 2 for over 2 kms, detailed investigation of dump quantity and quality of graphite may yield graphite ore for beneficiation process.

Priority & focus will be on Block 1 as weathered outcrops are found in the prospect area, having high relief hillocks with soil cover, and thick zones of weathered bed rock in the form of saprolite. As these outcrops are very rare Auger drilling is recommended as to intersect the mineralized zone at regular interval over entire strike length of the graphite bands. Auger drilling on the floor of old mine will help to understand the thickness and nature of mineralization up to a depth of 10 to 15 meters below the old mine. 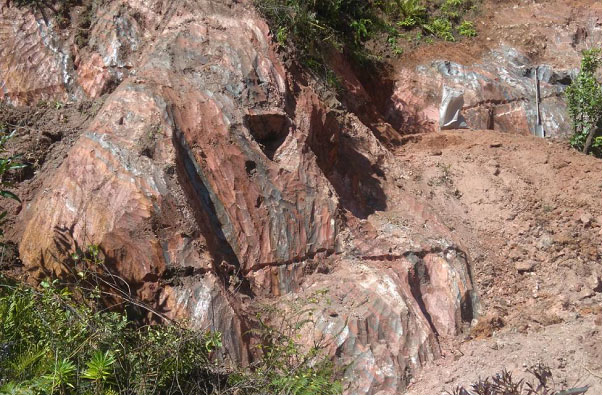 This band is associated with weathered gneiss found intercalated with reddish and yellowish limonitic clay. Graphite flakes range from being of a fine to a coarse size found disseminated in weathered gneiss. 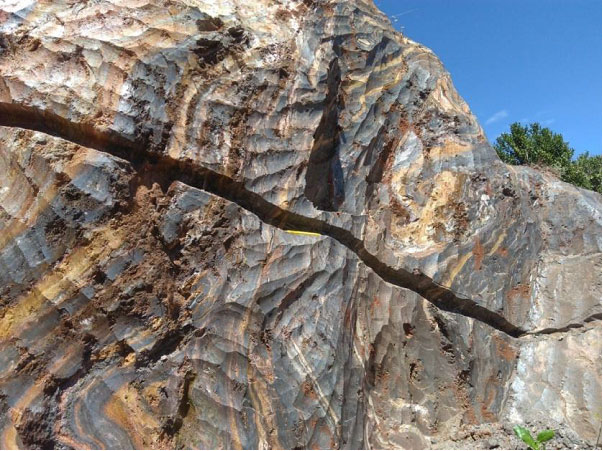 Composite Sampling of Graphitic Schist Over Old Mine 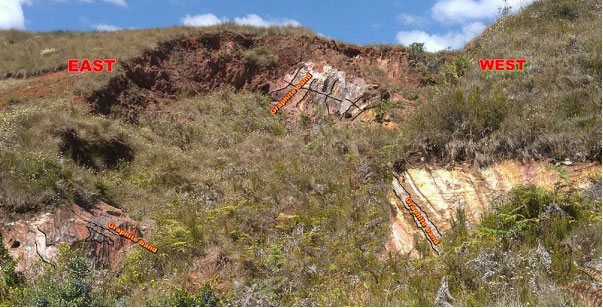 Detailed investigation of the old mine site have indicated the presence of multiple bands of graphitic schist due to folding; at places graphitic bands show dipping eastward as against the general dip direction along the west.